This is a post from 2009 that I’ve migrated to WordPress from my old blog. Visiting Japan? Be sure to check out Fukuoka down on the island of Kyushu. Nice people and great ramen noodels!

I just got back from a 5-day trip down in Kyushu, in the south of Japan. Specifically, I was in the city of Fukuoka – my all-time favourite city in Japan. I was down there for a conference, so I have no photos that are particularly interesting. So I thought I would just post a few regular pics from my trip, so people can see a bit of normal Japan (as opposed to pics of Mt. Fuji and Geishas).

First of all, geography lesson time. Kyushu is the island in red below. The city of Fukuoka is in the north-west part of Kyushu. I actually live in the blue bit, in Southern Kanto, where Tokyo is located, so I had to take a 90 minute flight to get there. And no, Okinawa is not where it’s shown on the map – it’s actually waaaaay south, but they put it there just to fit it on the map.

Map of Japan. Kyushu is the island in red.

And just a regular street shot. 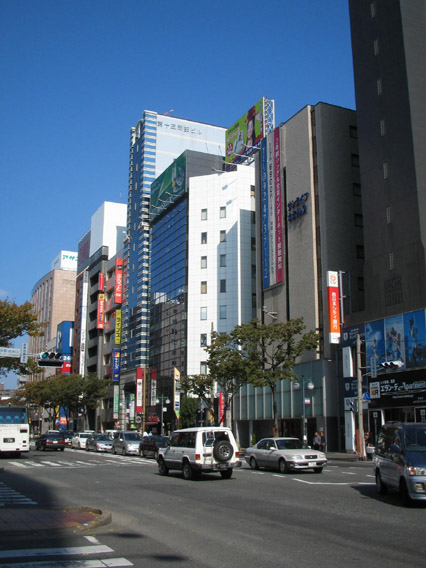 I was down there for a conference, so every day started with the usual.

Can’t live without this!

But lunch was unusual. One of the best things about Fukuoka is the “ramen.” It’s basically just noodles in broth. But you can tell exactly where you are in Japan by the kind of ramen you get. And in Fukuoka, the specialty is “Hakata Ramen.” It’s thick and greasy, but you absolutely have to try it if you’re in Fukuoka. The best place to go (in my humble opinion) is, “Ichi-ran,” shown here. 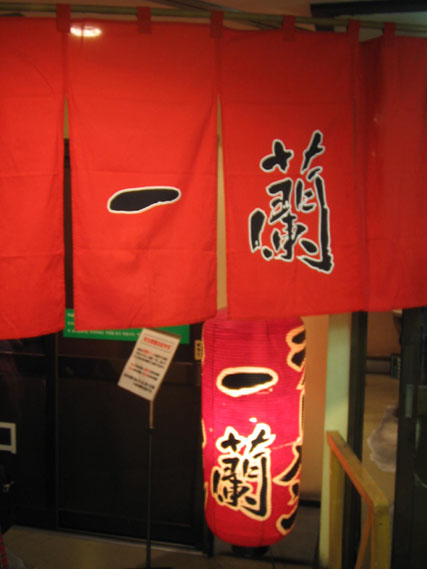 Yummy! This is what I ate every day. And I only gained 2 kilos! 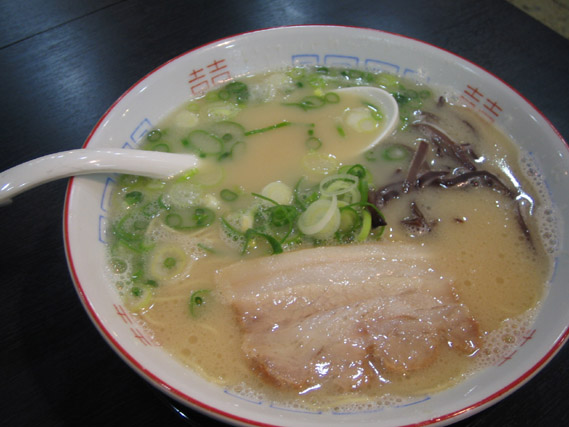 But of course, there were times when I was in a hurry, and just had to eat normal food. In fact, I have a perverse pleasure in eating Macdonalds in every country I visit. I remember having it in Vatican City, just to see if they had any special burgers for the Pope. Nope. Macdonalds is the same everywhere. The cool thing about Japan (and Thailand) is that the menu is not in English writing, and this is usually a very cool thing when foreigners experience it. 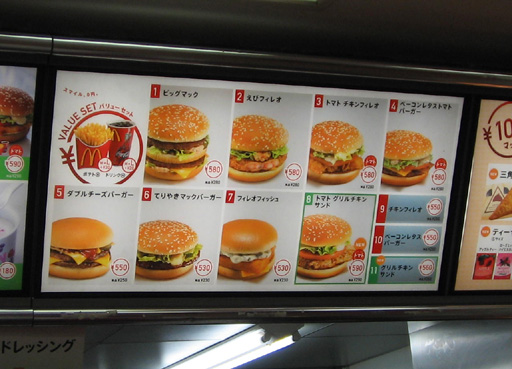 Since the conference was in the next city along from Fukuoka, I had to take the train. To speed things up, I took the Bullet Train (Shinkansen). What would normally take an hour took 20 minutes – but cost about US$20 way. But it’s worth it just to see the train. It’s very cool looking, and very comfortable!

Gotta remember to buy some snacks at the ever-present Kiosks before getting on.

Kiosks are ubiquitous on the Japan train system

Kyushu has some nice scenery along the way. If you’ve ever seen Miyazaki Hayao’s film “Mononoko Hime” (Princess Mononoke), the scenery was inspired by the hills down in Kyushu.

Kyushu scenery from the train

And just for a taste of reality, a few pics of homeless guys and gals already drunk or passed out on the statue in front of the station. There were only about 10, and they were the only homeless I saw during the trip, but they’re out there – just swept under the rug. In fact, the place I go rollerblading – Kasai Rinkai Koen – has small villages of people living under blue tarpaulins beside the river and in the outlying park areas. It’s a problem that nobody here seems to want to address.

Well, the real reason I was at the conference was to pimp my new book. And my publisher reps, 2 great Japanese guys, took me out for beers and food every night. So where do I suggest we go? To a Thai restaurant, of course!! A good time was had by all.

My publishers taking me out for beers. Thanks!

← Palawan Hotels Part 1: The Acacia Tree Garden in Puerto Princesa (and TIKI!)
Puerto Princesa, El Nido and Coron. Where to visit in Palawan and how to get there →

3 thoughts on “Fukuoka, Kyushu. My Favorite City in Japan”